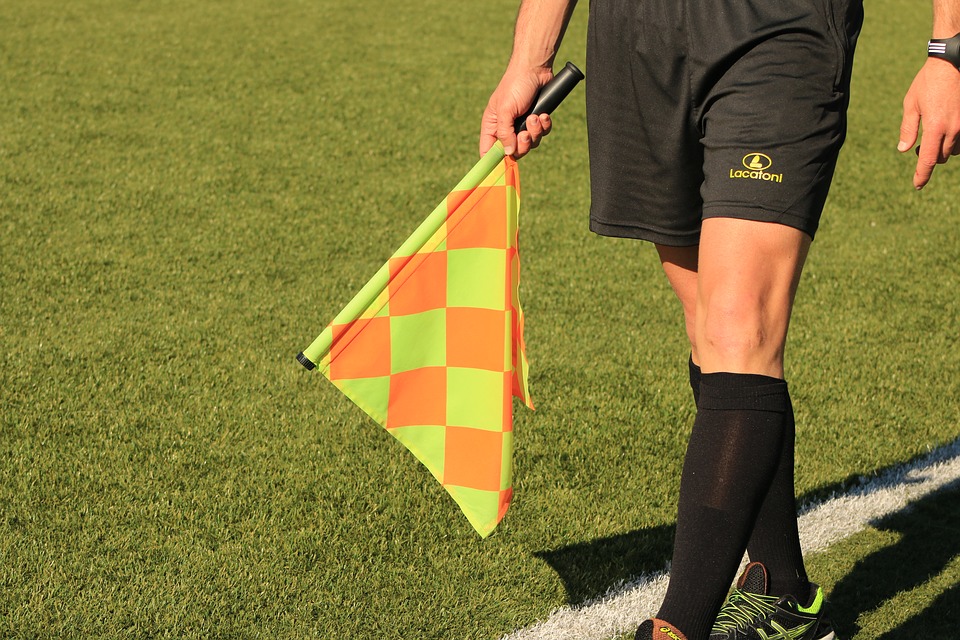 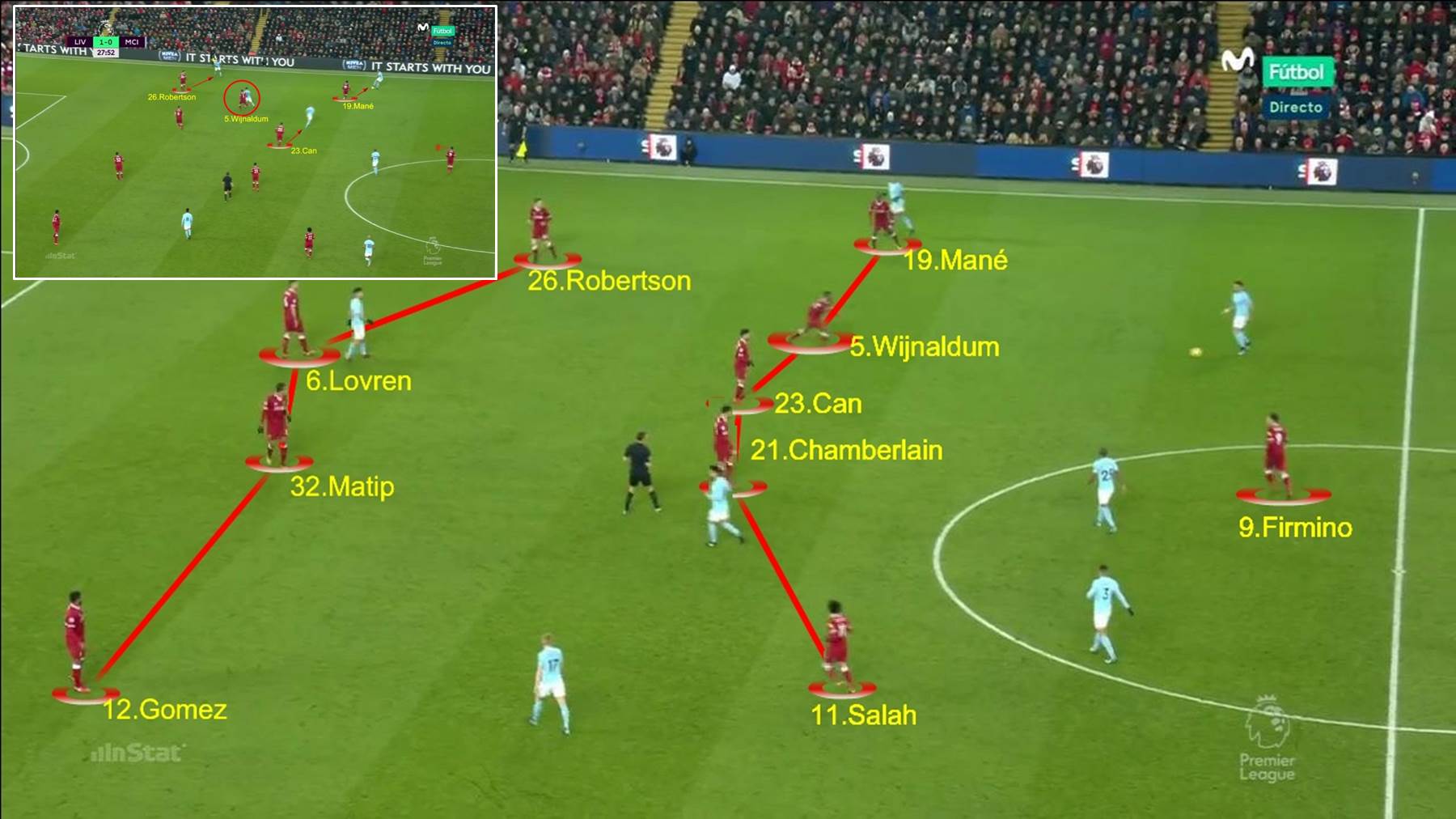 To be blunt: formations do not exist. Why would formations not exist? Everyone is using the concept of formations in football. So at least formations seems to exist. And in a simple way formations do exist. Formations exist as a word, a term used in football and as a concept. But concepts are abstractions. Concepts do not have a physical existence in the way the pitch, goal poles and the ball exist.

Given that formation is a concept, you cannot see formations. Again, this goes against what most people think, because we football analysis many a time we see a picture of a formation. Here is an example

The picture above seems to clearly show a 4-5-1 formation. But in fact that is not what we see. In fact the analyst has drawn extra lines to help us “see” the formation. What we really see are eleven Liverpool players at a certain position at a certain time. The source, The Coaches’ Voice, explains that Liverpool switches to this 4-5-1 formation when defending, because the manager wants to strengthen the midfield.

All of that sounds reasonable. Nevertheless, we only see eleven players at a certain position on the pitch and then we apply our concept of formation to this picture and use that concept to explain what we are seeing. The concern is that while people consciously understand that concepts are abstraction, in most cases their unconscious mind treats them as real existing things.

One might argue that this is sophistry. That it really doesn’t matter whether a formation is only a concept if it correlates so well what we are seeing. But things get murkier once you realize that we don’t see a football match as a still picture. Yes, we see the above still picture, but in reality we constantly see players moving around the pitch. So, unless one measures what percentage of the time players were at these positions on the field, a still picture can be quite misleading. In theory this could have been the only time when these players were all at the same time at these locations. In fact, it is highly likely that this was the only time, because it is much more likely that at any other moment during the match at least one of these eleven players was somewhere else. So while the picture seems to show a clear formation, in reality the correlation between players positions and formations is way lower than the picture suggests. Some people suggest that a formation shows where players are most of the time. Heatmaps clearly dispell this idea. Centerbacks might be the most static players in the game besides the keeper, but even centerbacks move around a lot. Wingbacks are probably the least amount of time at their position according to the formation. It is already much better to say that a formation helps players to know where they have to be relatively to other players, but even that idea does not correlate well with the static picture a formation suggests.

Football is a very dynamic game and formations are quite a static way of describing football. That is the reason why analysts start to talk more and more about switching formations. Again, although it seems that being able to spot when a team switches a formation, enables one to better understand football, in reality one might be fooled by confusing abstract concepts with real existence. The more formation switches that you see, the less likely it is that these formations are real. If an analyst thinks he has spotted the team using twenty different formations during a match, he is probably counting too many positions of players as a formation, where in reality the players ended up in these positions by happenstance.

Looking at average player position, you can see that it becomes a lot less clear:

Formations as a training heuristic

My point about formations not having a real existence, should not be taken that we should stop using the concept of formations. If a concept is practical to use, by all means use it as long as you understand that there is difference between an abstract concept and the matter what this concept is about.

Formations is a concept that is well used as a training heuristic. Getting players to understand what the manager wants. To get a player to be at the right position at the right time is a difficult job. Formations are very helpful to train players so they know where to be and where to go at what speed and direction during the match. The concept of formations is also very handy to explain to players what they can expect and what to watch out for when it comes to behavior of the opponent.

It is perfectly okay when analyzing a match to state which formation(s) the manager planned to use. This would be a less precise way of saying that the analyst finds it likely that the manager used the concept of a certain formation as a training heuristic to prepare the team for the match. If correct that would help us understand the match better.

A next step would be to actually find some kind of measurement to calculate what percentage of play time players were in positions that would correlate with a specific formation. This can be done for both attacking and defending formations. You could then compare these results with other measurements of attack and defense and see whether they support each other.